Percussion Orchestrations is the brainchild of eminent percussionist Ed Cervenka. It is a database of Timpani and Percussion requirements for orchestral, operatic and contemporary repertoire, currently containing 9445 works by 781 different composers, and is continually being added to. Each work included is broken down by movement, and denotes specifically which instruments each player requires, and for more complex works, explanatory notes are included.

Ed Cervenka studied at the Royal Northern College of Music in Manchester, England, and graduated in 1998 having gained the GRNCM and PPRNCM with Distinction. For the past 20 years has freelanced with orchestras all over the UK, including BBC Symphony Orchestra, CBSO, BCMG, BBC Philharmonic, RLPO, Royal Northern Sinfonia, LPO and Manchester Camerata. He has also worked with many of the world’s leading conductors, including Sir Simon Rattle, Gustavo Dudamel, Vasily Petrenko, Vladimir Ashkenazy, Sir Colin Davis, Sir Mark Elder, Sakari Oramo and Valery Gergiev and his playing has taken him all over Europe, to the USA and the Far East.

David Valdés gained his BMus at the “Eduardo Martínez Torner” Conservatory in Oviedo with the highest marks: “End of Degree” Prize and “Ángel Muñiz Toca” Extraordinary Award. He also studied at the Royal Academy of Music in London, gaining the PgDip (Timpani and Percussion) and LRAM.

Alexander Radziewski had his first piano lessons from 1970 and was a Scholarship holder of the Julius-Stern-Institute on Timpani/Percussion and piano from 1978 to 1980 where he had lessons with Oswald Vogler. From 1981-85 he studied at the University of the Arts in West Berlin with Oswald Vogler, graduating with a Bachelor of Music and highest possible degrees. From 1985-87 he studied at the Lübeck University of Music with William Zien (Marimba) and Klaus Reda (Timpani), graduating with the Master of Music with the highest distinction. Since 1987 he has been the Principal Timpanist of the Hamburg Symphony Orchestra, and permanent substitute with the Hamburg musical productions “Cats“, “Phantom of the Opera“ and also since 2002 with “The Lion King“ on the Marimba. Since 2008 he has been in demand worldwide as a Timpani teacher, and also a Vibraphone teacher with special expertise on the Stevens grip.

Federico Occhiodoro Federico Occhiodoro (5/11/’85 Ancona) is graduated cum laude in Percussion, with a thesis and a recital on solo percussion music written in a non-traditional way, that includes Stockhausen’s “Zyklus”, Feldman’s “The King of Denmark” and various pieces by John Cage. He is specializing in the orchestral repertoire under Edoardo Albino Giachino at the Accademia Nazionale di Santa Cecilia (Rome), and studies the solo repertoire for marimba under Daniella Ganeva (teacher at the Royal College of Music in London).He studies and plays ethnic percussion, Bodhràn, drumset, jazz vibraphone and marimba. He obtained good placements at the auditions for percussion at the Fondazione Teatro Regio di Parma and the Fondazione Arena di Verona. 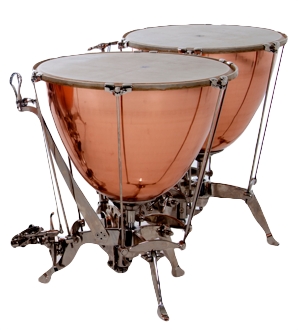